Do you have a kid who loves hands-on activities, brainteasers, and… (drumroll please…) LEGO? I do! In fact, I have four of them. This Johnny Appleseed Challenge combines kids’ favorite things, and it’s a great way to make Johnny Appleseed Day fun.

Of course! I should have known. My kids are always asking for hands-on activities to go with every holiday. They like science experiments and crafts, but challenges are their favorite.

Lucky for me, just the right idea popped into my mind. An ancient logic puzzle that I first learned as a child. The original version involved a head of cabbage and a goat. But to suit our theme, I adapted it to include an 🍎 and LEGO. Because, as I have been taught by my children on many occasions, everything is more fun with LEGO.

If you are looking for more LEGO challenges, we have great printable challenges available for you here.

Who was Johnny Appleseed?

Johnny Appleseed, or John Chapman, was a Massachusetts-born missionary who got the ingenious idea to collect seeds from apple cider mills and sell them to settlers across America.

Even though the prevailing image of Johnny Appleseed is that of a vagabond, he was actually a savvy businessman. According to the frontier law, planting apple seeds on unclaimed land gave the planter a legal claim to the land. Johnny Appleseed was definitely a man with a plan. After he planted the apple seeds, he would build a fence around the land and leave it in the care of some local man. Johnny then returned year after year to keep an eye on his trees and pay the nursery caretaker. Upon his death, Johnny Appleseed owned more than 1200 acres of land! How times have changed!

The reason we are still talking about Johnny Appleseed today is that he was a remarkably successful man. He did something he loved, earned money with it, and made a positive difference in his world.

He also had a very colorful personality. Informed by his wide-ranging travels, he knew lots of stories and was more entertaining than TV or radio (these were not invented yet) for the men and women who spent their days doing hard labor on farms. Due to his strong belief in animal rights, he was also a strict vegetarian well before anyone had even heard of such a thing. He also taught frontier men how to turn apples into alcoholic cider, so, naturally, merriment followed wherever he went. And he was a very generous man. If someone couldn’t pay with money, he accepted other things like used clothing or food as a means of payment.  With his passion for sharing knowledge, he sowed the seeds not only of trees, but of an American cider industry.

This is an amusing puzzle that has been around since at least the 9th century. My kids loved it. If you can figure it out without peeking at the solution, please let me know in a comment!

LEGO boat (or pieces to make a boat)

At this point, your kids would probably have an idea. Why doesn’t he take the horse first?! The wolf won’t eat apples. Great, you can say, let’s see what happens. Put the horse in the boat, move the boat across the river, and leave the horse there.

What is Johnny going to take on the second trip? Let your kids try both. No matter what it is, the wolf or the apples, something or someone would be eaten while he went back for the last thing. Tricky, right?

Let your kids play with it, experiment, and try to work out the puzzle.  Let them be frustrated! There is nothing wrong with being frustrated.

Make it clear that Johnny Appleseed can’t tie up the wolf to prevent him from eating the horse. He can’t hang the bag of apples from a high tree, so the horse can’t get to it. It’s not that kind of puzzle.

The solution simply requires that the man get the three things across the river one at a time without ever leaving the wolf with the horse or a horse with the apples.

Easy peasy, right? Maybe not! My kids love to present this puzzle to unsuspecting house guests. Now that they know the secret, it just tickles them to see other people try and work it out.

Or try playing a game of Reverse Tic-Tac-Toe with Apples. It’s such a fun game to show kids that everything, even tic-tac-toe, can be looked at another way.

What did you think of our Johnny Appleseed Challenge? Was it hard? Did you manage to figure it out without peeking at the answer?

There are many variations of this puzzle, but what they all have in common is that they are algorithmic, or based on computational thinking. It means that the solution requires a series of logical steps (or rules) that you can follow to solve the problem. Anyone who follows these steps (or rules) should be able to arrive at the same result.

Good algorithmic thinking skills shouldn’t be taken for granted. They aid in general reasoning, problem-solving and help develop lateral and abstract thinking. Also, writing algorithms is part of programming (which is all the rage now).

Algorithmic thinking is actually all around us, and not just in computers. Playing chess, solving puzzles, designing a recipe, and dancing are all examples.

Would you like to practice algorithmic thinking with your kids? Below are six simple but effective activities that you and your kids will enjoy.

Simple Activities to Practice Algorithmic Thinking With Your Kids 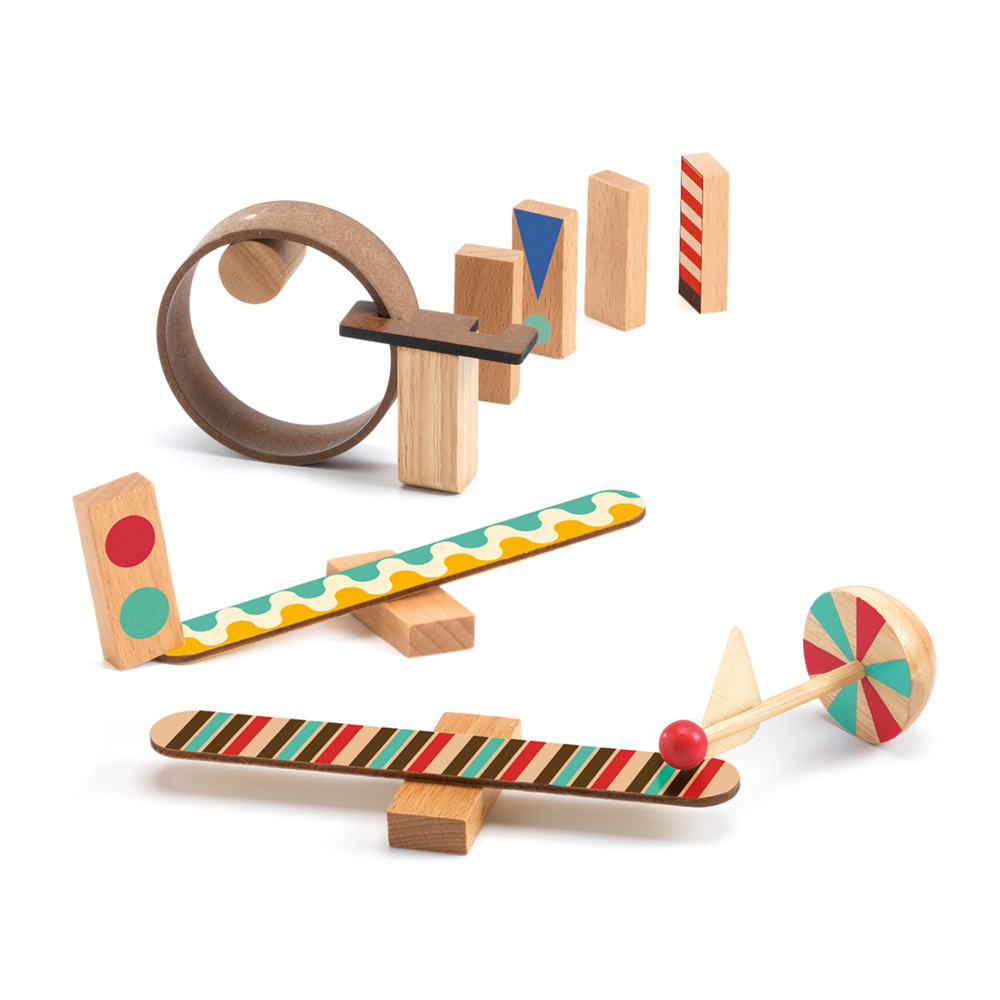